In the 32 years that I have worked as a ski instructor, I have never sustained an injury whilst teaching until now. You hear of skiing related knee injuries all the time , I have witnessed quite a few. But it is not until you have had one yourself that you realize what a disability it can be. Not to mention that it's also f**king painful. In my case the person following me lost control, her skis then made contacted with the back of my left ski, pushing it forwards and inwards. The resulting backwards tumbling fall completely tore my anterior cruciate ligament (ACL) in two, partially tore the medial collateral ligament (MCL), and did substantial damage to the menisci and bones. To make it worse we were only traveling at a very slow speed, everything happened in slow motion, I saw my ski tuning inwards, expecting the binding to release at any moment , whilst trying to regain my balance. Thats when I heard the sound of the ACL breaking. Not much I could do after that but to throw myself to the ground. 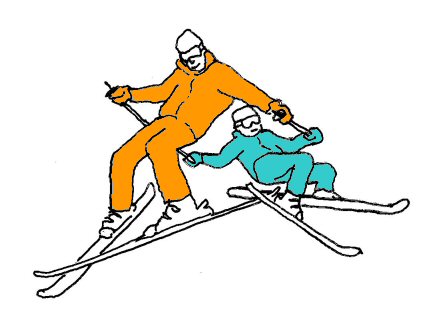 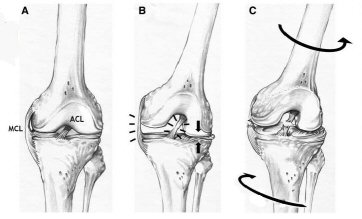 My winter season was over, almost before it had begun. What I needed now was a very good knee surgeon , an understanding physiotherapist and a knee brace. I was in the right place for the first two requirements, as I live in the mountains just outside of Innsbruck Austria. They have some of the best knee reconstruction expertise in the world. On the other hand, the knee brace I received at the hospital was abysmal! It virtually restricted all knee flexing and extension but offered very little rotational or lateral support. I felt that I required a brace that would not only give me the support that was necessary but also allow the normal knee movements. For me, it was a prerequisite for complete rehabilitation.

What follows is an analysis of the complex biomechanics of the knee joint. Taking into account the functional geometry and kinematics of how a normal and ACL deficient knee moves. We will then look at the types of knee braces that are commercially available. This is followed by modeling and simulation of the knee to see if a optimized knee bracing solution can be found.