This page is currently under construction. As the experiments and modifications to my knee brace continues, I will add details as they become available.

Can knee braces prevent injury, or help prevent future injuries during rehabilitation? I have found no evidence to support this contention. In fact, in some case studies, soft braces performed better than rigid braces. That is not to say, that a better functioning ridged brace cannot be designed. It may be that ridged braces have a limited degree of motion (usually only two). In contrast, soft braces have compliance and therefore have more degrees of freedom. It is often reported by brace wearers that the other supporting muscles and structures around the knee become week due to lack of movement (a brace that is engineered towards stability). An ideal brace system should have all the degrees of freedom seen in normal natural knee movements, but limit excessive movements that could cause injury. Often in engineering, we tend to "reinvent the wheel", someone else has invariably already come up with a solution. The best candidate in my opinion would be a four bar system with spherical bearings that could then offer an increased number of degrees of freedom. A brace system of this type is already available from Asterisk. In the first part of this analysis, studies are made into the geometry, dynamics and kinematics of the Asterisk brace system. 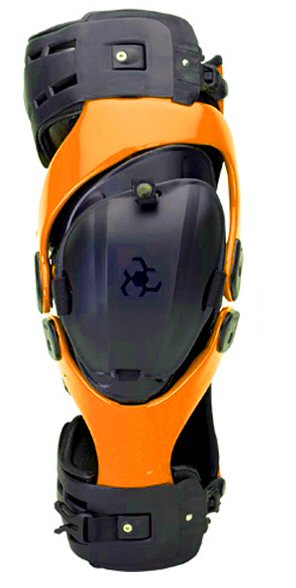 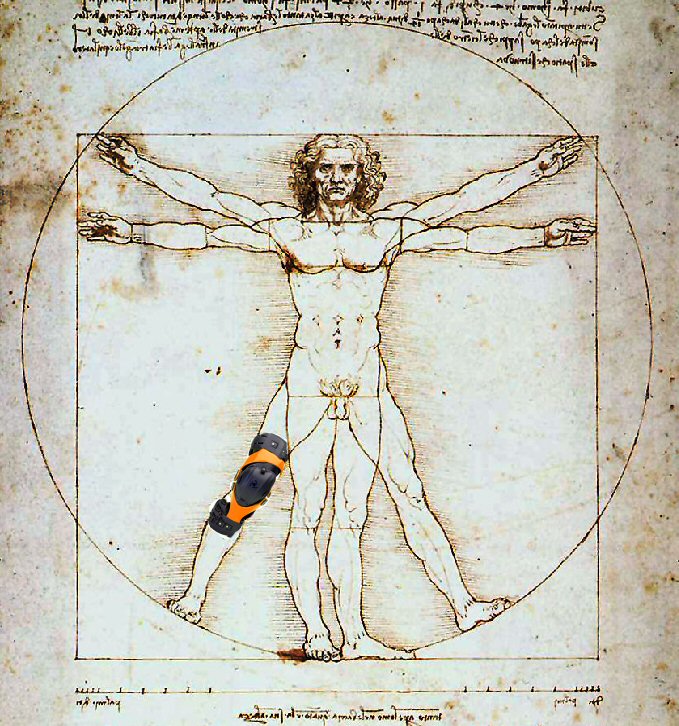 Kinematics of the knee

Animations of the knee flexing, viewed from the lateral and medial sides respectively are show below.

The above animations are from Primal Pictures LTD. They state that they have "The most complete, detailed and accurate 3D model of human anatomy." Obviously, I cannot vouch for the accuracy of this statement and in no way do they relate to my knee. All knees are different, but we have to start somewhere. The hinge systems from the brace manufactures also tend to be uniform in design due to production constraints. The hinges are identical but handed on the inside and outside of the knee. Can these systems be improved upon? Due to lack of information on my own knee at this time (MRI studies to follow) we will use these animations as a starting point for the analysis of the geometrical properties of the Asterisk four bar system. Although this is totally unscientific, it will however give us a "first-cut" appraisal as to the concepts behind this type of design. Snapshots of the knee are taken at various angles of flexion as shown below. 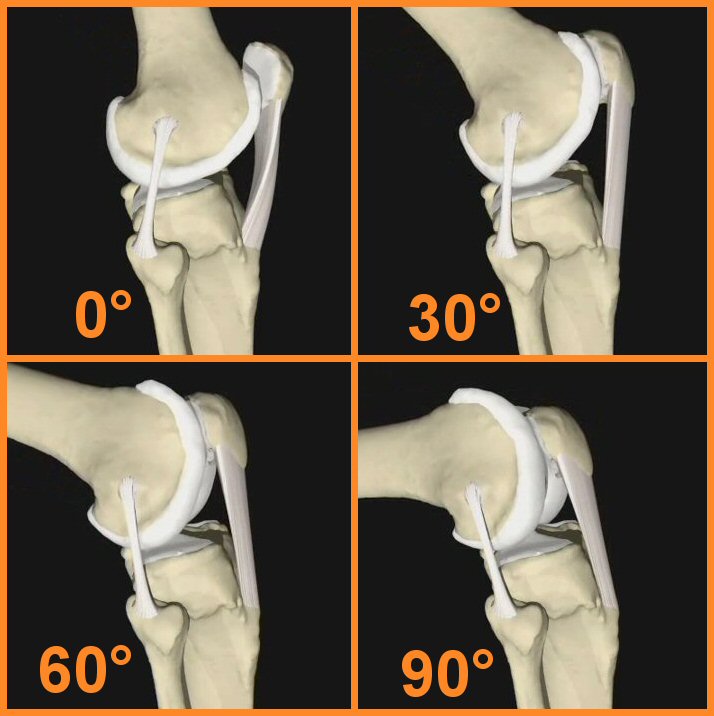 Using the construction methods as mentioned in the previous page, we can find the instantaneous center migration for this example. This can then be compared to the geometry of the Asterisk system. 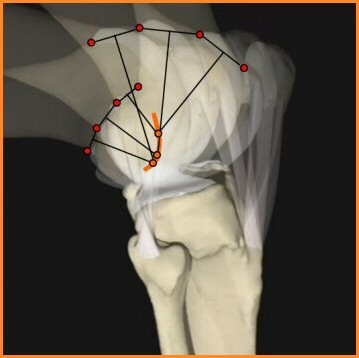 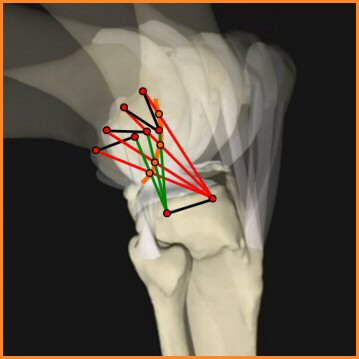 The loci of the instantaneous center migration would appear to be very similar. To get a more accurate estimation of the true migration path a full 3D model would have to be produced with the planes of the hinges superimposed.